STACK-UP 2022 Campaign Announcement!
Hello again Brothers and Sisters! The time has come for the 7th Cavalry to jump into the 2022 Call to Arms Campaign! Last year we managed to raise over $1500.00 so we could sent Stack-up supply...

To all who shall see these presents, greeting:

I hereby appoint them a Sergeant Major, as such from the date of 15AUG22. Effective with this appointment you are charged to carefully and diligently execute the duties and responsibilities of a Sergeant Major of Soldiers and I do strictly direct and require all personnel of lesser grade to render obedience to appropriate orders.

As a Sergeant Major you must set the example for others to emulate. Your conduct and professionalism both on and off duty shall be above reproach. You are responsible for the accomplishment of your assigned mission and for the safety, professional development, and well-being of the Soldiers in your charge. You will be the embodiment of our institutional core values. You will lead your Soldiers with firmness, fairness, and dignity while observing and following the orders and directions of your senior leaders and enforcing all regulations and articles governing the discipline of the Armed Forces of the United States of America.

Given under my hand, on this 15 August, in the Year of our Lord Two Thousand And Twenty-Two.

I'm happy to announce the launch of our newest Start-Up game, Squad.

For those of you who have been around a while, you'll know we previously had a Squad Company within the 7th Cavalry. Due to a multitude of reasons, that first attempt failed. However I'm please to report to the Regiment as a whole that a new group of adventurous members have put forward a plan of action, and their time and effort, in order to do another attempt at the game.

S6 will have a new public server ready for them to kickstart their expedition. SPD will be colaborating with the newly formed group to ensure they have everything they need. As such, please contact CW3 Stetchkov.A or MAJ Wildfire.N for any particular items.

As it is a startup game, we won't currently be accepting any new internal transfers that weren't part of the initial boarding party. Though, as they progress I hope to open that up in due time.

Gentlemen, I wish you all the best. 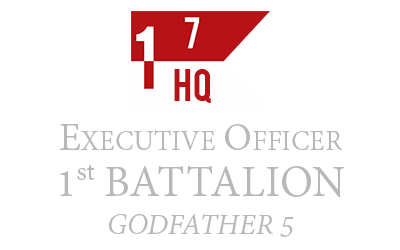 A recruiting post has been made on the r/FindAUnit subreddit. If you have a Reddit account, please upvote it to help keep it on the front page.

I will update this post with the most current thread as they are reposted, since every few days I can submit a new one. It would be great if you could upvote and comment on them as they are cycled through. The more traffic we can get on these recruitment posts, the more likely it is that people will see them and it's a very easy way to promote recruitment.

It is my pleasure to assign Lieutenant Colonel Yvon Rob as:

Transparency on a recent Re-enlistment

I'm sure some of you will have seen the Re-enlistment of Major General Grgich, and wonder what the situation may be - or why they have been dropped back in as an Aide, or as a Colonel. There will be rumours of 'favouritism' or 'boys-club'. This post, is to add some transparency to the mix, and provide insight into what the discussion has been within Regimental HQ.

The 7th Cavalry has had a very large Arma contingent for almost 15 years, and until recently had been over 50% of the combined membership of the 7th Cavalry for over half of that time. Arma 2 was where I joined this place, and I've taken up almost every MOS within 1st Battalion at some point or another. After we moved to Arma 3 shortly after it's release, the Cav has been through unprecedented changes, some good, some bad. But ultimately, resulting in what the unit is today. To say that Arma has not had a tremendous impact on this place is undervaluing it at best. However things change, and Arma 3 has slowly started to become a niche in the internet. It's almost 10 years old at this point, and is showing its age. 1st Battalion is still going strong, but we all know it's getting old as a game now. But lately, we've seen some great news put out by the developers. Simply put, Arma 4 is on the horizon.

In the next 1-2 years, we expect the release of Arma 4. With it, we will usher in a brand new age for Arma within not only the 7th Cavalry, but the gaming community as a whole. It is my objective, to make the 7th Cavalry the Best Damn Community on the Internet with regards to Arma MILSIM. However to achieve this, I want to be hands on with the preperations, and ensure that the 7th Cavalry is in the best position possible to capitalise on the release of Arma 4 when it comes out. That brings us to now, and the re-enlistment.

In the lifetime of 1st Battalion, we've seen lots of changes. Some, are...
Major General Grgich re-enlists - Colonel, Aide to Chief of staff - Arma 4...
Announcements

​
I'd like to be the first to congratulate the original 5 members of the DCS start-up:
They've done an outstanding job, reaching almost 25 members in less than a few months. They will be transfering to the new Company, Alpha/Auxiliary Combat Detatchment (A/ACD-7), later this week.

Internal transfers within the 7th Cavalry are also now open. File a transfer PAF as usual, and it will be handled by the ACD Command staff, Lieutenant Colonel Steve Rogers and Major Derek Budd.
Continue…
Announcements

The following are the requirements for the position: 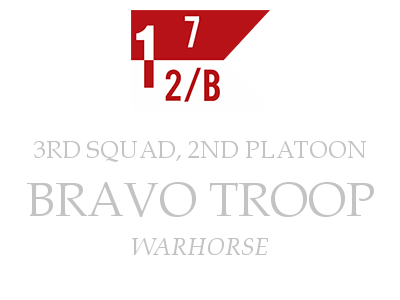 2nd Platoon, Bravo Troop 1-7 is accepting applications for an Assistant Squad Leader position for the 19K Tank Section in 2nd Platoon, Bravo Troop.
3/2/B/1-7 currently meets for Section Practice every Sunday at 1900z. Everyone interested, regardless of meeting all formal requirements, is encouraged to apply.


Submit an application upon position opening and follow the application process. Candidates will be reviewed by Staff.

How to Apply:
If interested in applying, please send a forum PM with your letter of interest addressed to:
Second Lieutenant Gerrish.T & Sergeant First Class Knights.Z
Continue…
Announcements

- S5 Position Openings - ​
The S5 Department has currently has openings for the following roles:
Minimum requirements for all roles: