Minimum Requirements:
Expectations:
How to Apply:
If interested in applying, please fill out the Department Application PAF.

If you have any questions about the ARMA 3 TCS, or anything in general, feel free to PM myself, @SPC.Eagas.L 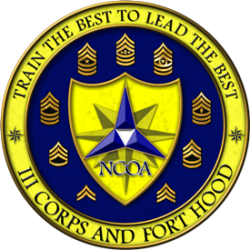 Is assigned as the NCOA Senior Instructor.
Congratulations!​

The S7 Department has an opening for the S7 2IC position.

1st Battalion HQ is pleased to announce additional training opportunities and operations open to all, and focused and led by those that have achieved the capstone of their end-game pathways through the Ranger, Advanced Care Provider, and Cavalry Scout pathways. The intent is to create occasional higher level training content that will then be utilized in Special Forces themed operations.

Currently, we are seeking motivated individuals with the following career pathway capstones who will come together to create the voluntary training material and implement it during voluntary classes possibly twice a month. The below-listed capstones are currently eligible to assist and instruct:

All Rangers, Cavalry Scouts (that have their Cavalry Spurs), and Advanced Care Providers (that have earned their Flight Medic Badges) are welcomed! If you have any of these capstones and would like to assist in bettering yourself and others within the 7th Cavalry as a combat leader in and out of special forces-themed trainings and operations, please contact: 1SG. Burton.P, SGT.Whitsel.M, and COL.Tharen.R.

Bear in mind that this is the first step to enabling the execution of the aforementioned types of operations where otherwise restricted equipment would be utilized to prosecute high-risk targets utilizing small...
Announcements

Bravo Troop 1-7 is currently accepting applications for the billet of Squad Leader C/1/B/1-7. This is a 68W Combat Medic Squad. If you do not meet all of the requirements but are still interested, you are encourage to submit an application.

Listed below is the process for billet selection for SL for all Troopers across the Regiment.

Exceptions to the above may be made based on the needs of the regiment, and with a waiver approved by the Chief of Staff pursuant to the policy and submitted by the receiving Troop Staff.
If you are interested in leading but lack any of these requirements, you are encourage to apply.
If you have questions about the role itself, approach Second Lieutenant Mazinski.H or Sergeant Kastor.K
If interested in applying, please send a forum PM with your letter of interest addressed to Sergeant Kastor.K, Second Lieutenant Mazinski.H, Corporal Burton.P
Announcements

Members of the 7th Cavalry Regiment,

This is an official inquiry about direct interest in the release of Enlisted as an official Starter Platoon game. The game is currently launched in Open Beta. Cost to join is currently free; found here: Enlisted.

Note: This is a Primary Billet Position

Please send a PM if you would be interested in transferring to this Starter Platoon Game and participating in it directly along with any questions, comments, or concerns you may have to: Rav.T and Myself.

Enlisted is a squad-based online first-person shooter game with infantry, ground vehicles, and aircraft fighting together on the same map. Players control a squad of 4–5 soldiers (represented by a real life division of their respective country's military, such as the 1st Infantry Division) of varying classes, equipped with class-restricted weapons such as rifles, submachine guns, machine guns, sniper rifles, mortars, anti-tank weapons, or flamethrowers; alternatively, players may control the crew of a tank or a fighter aircraft (at least one of these crews must be selected for use in the menu). Players control one of the soldiers in their squad, and can give orders to and switch between the other AI soldiers in their squad. The player's squads, soldiers, and weaponry can be managed in the main menu, where squads can be switched and upgraded, new soldiers and weapons can be purchased, and selected game modes and campaigns can be switched.

Players battle in large maps based on major World War II battles on the Eastern Front and Western Front of World War II. Depending on the map, players fight each other in two teams representing the Allies and Axis; current factions are the Red Army and the Wehrmacht...

Congratulations!
Thank you for your commitment to furthering your training!​
Graduations
Top